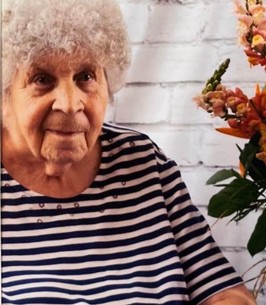 Marianne was born on March 31, 1936, to Martha (Ulvinen) and Arne Sturos in Laurium.

She attended Calumet High School and graduated with the class of 1953.

She was a member of the First Apostolic Lutheran Church of Calumet.

Marianne was united in marriage to Arnold Peterson on September 3, 1955 in Calumet.

After graduation she worked at the Great Lakes Naval Academy located in Illinois, and later at the Home for the Aged in Calumet, Michigan.

A funeral service will be held on Wednesday August 24, 2022, at 11:00 am at the First Apostolic Church in Calumet, Michigan. A graveside service and Luncheon will follow the funeral service.

The Erickson Crowley Peterson Funeral Home will be assisting the family with arrangements.

Online condolences for the family may be left at http://www.ericksoncrowleypeterson.com